Nanjing is one of the four ancient capitals of China and was my last stay in the Middle Kingdom before returning home to Australia. I was beginning to get tired and so, looked for that calm centre, not only within but also without, a traditional Chinese garden. By this stage, I had mastered the Metro,… END_OF_DOCUMENT_TOKEN_TO_BE_REPLACED

This stone Buddha, hewn from thesurrounding mountain, is the tallest stone Buddha in the world It took over seventy years or the span of three generations (between the year 713 to 803 BCE) to construct him. He stands 71 metres tall. Impressive is a feeble word to describe this wonder. I joined other awestruck tourists… END_OF_DOCUMENT_TOKEN_TO_BE_REPLACED

During my three week and a half journey through China,I was not able to connect with most of the internet sites which are a familiar part of my day. ABC news, Facebook and Google were unavailable. I thought I was prepared for this possibility as I had bought a SIM card in Australia which would… END_OF_DOCUMENT_TOKEN_TO_BE_REPLACED

What is it about these creatures that draws millions of people from around the world to visit them in the Giant Panda Breeding Research Centre in Chengdu? Is it their intelligence? Well, they’re known to be attracted to train tunnels…in search of succulent bamboo. Is it their energetic antics? The adults can sleep for up… END_OF_DOCUMENT_TOKEN_TO_BE_REPLACED

“For the apparel oft proclaims the man” Said Shakespeare so perspicaciously – and we all know its true. Just about all of us, either when feeling slightly low or deeply depressed, reach for a different outfit or look to add an uplifting touch to our wardrobe. That’s why I love this good news story about… END_OF_DOCUMENT_TOKEN_TO_BE_REPLACED

Your work is to discover your work and then with all your heart to give yourself to it.” – Buddha . The workmanship of these warriors is exquisite. All have unique facial expressions and are stamped with the symbol of their craftsmen creators. Over 700,000 artisans worked relentlessly over 40 years to create an army… END_OF_DOCUMENT_TOKEN_TO_BE_REPLACED

I flew to Xi’an from Xiamen, a flight which left that beautiful little coastal city and travelled over sharp mountain peaks which were the most verdant I had ever seen. When I arrived in Xi’an, one of the biggest adjustments I had to make was coping with the size of this ancient capital of China.… END_OF_DOCUMENT_TOKEN_TO_BE_REPLACED

It wasn’t until we landed and the plane continued to rock from side to side that I realised this was no ordinary landing. A couple of days later, in Xiamen I learnt that there had been a tropical storm on the day I landed. So I hadn’t exaggerated the extent of the turbulence on our… END_OF_DOCUMENT_TOKEN_TO_BE_REPLACED

Its that time of the month when we bloggers share positive stories of humanity to offset the miasma of negativity which pervades our world. I chose this story of a resilient Koala and the Port Macquarie Koala Hospital because I am familiar with the area and the good work those volunteers do in protecting our… END_OF_DOCUMENT_TOKEN_TO_BE_REPLACED

Xiamen was the second city I visited on my recent China trip, but in most ways it was the first. I first flew to Quanzhou and arrived in a tropical storm, the plane rocking side to side even after we landed. In Quanzhou, after checking in at my hotel, I thought ” What have I… END_OF_DOCUMENT_TOKEN_TO_BE_REPLACED 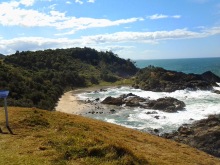